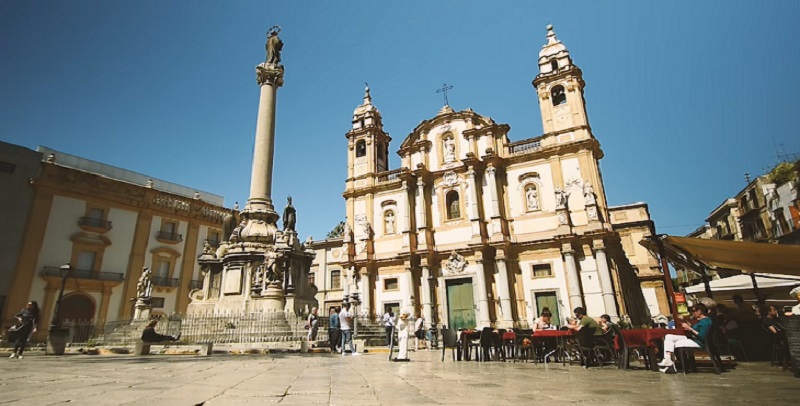 Sicily is set south of the Italian peninsula completely surrounded by the Mediterranean sea.  Sicily sightseeing focuses on its historical location at the crossroads of Mediterranean history and cultures. Sicily is the largest region in Italy. A Sicily vacation is a journey into the history of many peoples and their cultures over three thousand years. For more information about Sicily sightseeing watch the video below.

Click for the best all-inclusive Sicily tour packages departing from the United States and Canada. 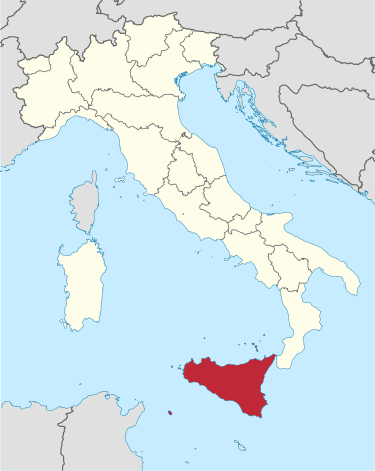 Sicily has seen peoples from many ethnic backgrounds. Its location at the crossroads of the Mediterranean Sea made it popular among various colonizers and invaders. This cultural mix today is a unique and authentic Sicilian culture.

We all know of the Greek and Roman influences on Italian history, but did you know about the Arabic, Byzantine, Spanish, and even Norman occupations that left their marks? For the architecture buffs the buildings reveal the presences of these diverse visitors.

In Sicily traditions remain important. Be they Catholic festivals, equestrian competitions harking back to the Middle Ages, or Greek dramas performed in amphitheaters, learning about Italian culture must include witnessing these riches.

After you spend your day enjoying all that Sicily has to offer, treat yourself to the best Sicily vacation options. Stay in a hotel on the coast near Taormina and Siracusa.  End your evening with a view of the sea.

For cruise-lovers an Italy vacation that sails the Mediterranean to Sicily’s ancient ports is relaxing and enriching.

This town is old enough to be a contemporary of ancient Rome and other famous towns like Athens, but it succeeded in retaining control of the Sicilian island. The beauty of the sea and rivers have served as uplifting places for renown artists both past and present. Today wandering its streets and marveling its baroque architecture, visiting its Opera dei Pupi, which is a theater of Marionette puppets, and enjoy its ancient Greek history are among the favorite things to do.

The capital of Sicilian Ceramic this little treasure is a must-visit for those who love ceramics. The area began its reputation for ceramics in the second century B.C. Here you’ll find buildings decorated with ceramic tiles. The town also has a ceramics museum. And one of its highlights is the Santa Maria del Monte staircase, which 142 steps are decorated with unique tile ceramics. Each is intricately designed using a different technique. It was designed in 1608 and annually on July 25 thousands of candles illuminate the steps in a unique artistic expression.

Mount Etna is an active volcano with a historical record, unlike many other volcanoes around the world. This has allowed scientists to use Mount Etna as a research tool. Aside from its scientific usefulness, Mount Etna is an incredible sight to see ï¿½so much so that even George Lucas filmed a scene from the Star Wars series here.

Taormina became even more popular after the presence of expatriate artists and intellectuals setting up shop there in the early 20th century. Your Italian tour guide can tell you more about these eccentric people and the gifts they left to humanity. By far the most remarkable monument remaining at Taormina is the Ancient theatre, which is one of the most celebrated ruins in Sicily, on account both of its remarkable preservation and its beautiful location. It is built for the most part of brick, and is therefore probably of Roman date, though the plan and arrangement are in accordance with those of Greek, rather than Roman, theatres; whence it is supposed that the present structure was rebuilt upon the foundations of an older theatre of the Greek period.

What makes Agrigento a must-see is what we call the Valley of the Temples, where you can see Doric-style edifices erected in honor of ancient gods like Hercules and Zeus.

While you explore Italian history, visit Piazza Armerina for its Castello Aragonese, a medieval castle, and its UNESCO World Heritage Site of Villa Romana del Casale, a fascinating collection of Roman mosaics.

One of the most stunning examples of Norman architecture, most likely incorporating a former Arab fortress, can be found in Palazzo de Normanni, a palace that contains the Cappella Palatina, a chapel fit for royalty with resplendent gold and icons. 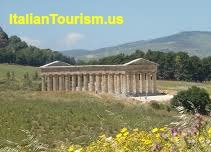 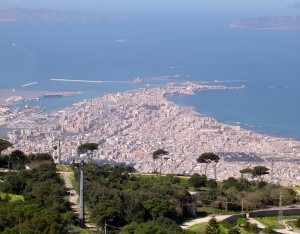 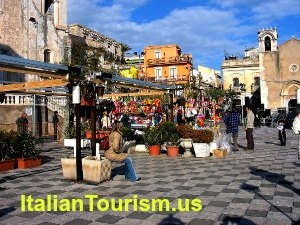 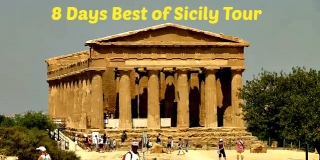 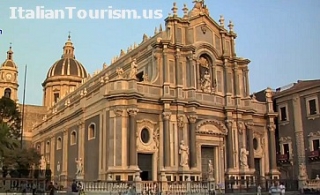 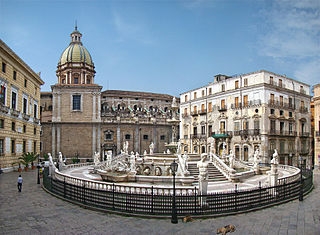 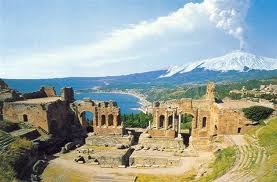 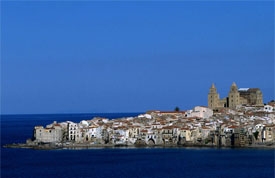 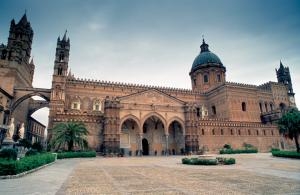 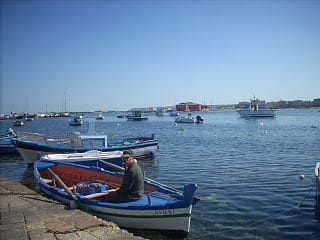 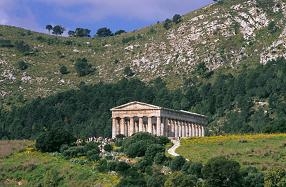